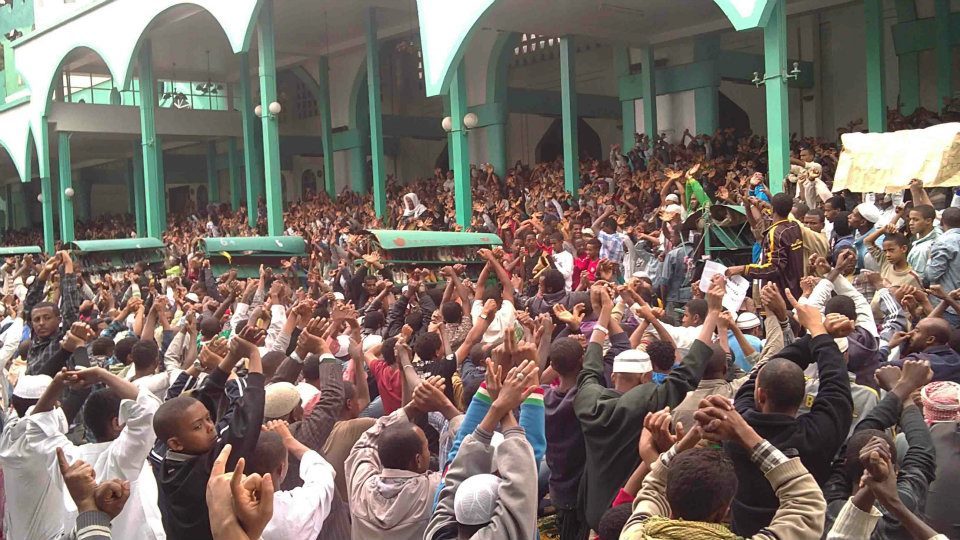 Addis Abeba, December 11/2017 – The Ethiopian federal supreme court has today reduced the jail terms of 20 defendants who were accused and sentenced to various years in jail after having been charged of terrorism related offenses.

On January 03, 2017, the federal High court 19the criminal bench has sentenced all but one of the defendants under the file name of the first defendant Kedir Moahmmed Yusuf to five years a six months each while the 13th defendant, Journalist Darsema Sorri, was sentenced to four years and five months on grounds of poor health.

However, four of the 20 defendants: the 5th, 10th, 14th, and 16th defendants namely Ibrahim Kemal, Usman Abdu, Fitsum Chernet,and  Shehbudun Nedredin  were among the 38 inmates facing a separate charge after having been suspected of setting the controversial fire that gutted the maximum security Qilinto prison.

The remaining 16 whose sentences are reduced are expected to be released from jail anytime soon since they have already served their times.

They were initially accused of conspiring and entering into an agreement to coerce the government to release 18 members of the Ethiopian Muslims arbitration committee from custody where they were being tried for terrorism related offenses. However, the charges have grown to include accusations of, among others, “organizing and communicating, including via telephone, to recruit members to incite violence and participating with terrorist organizations.” 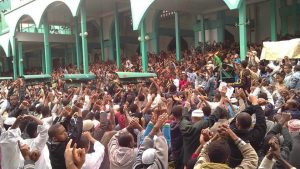 Although the 18 members of the Ethiopian Muslim arbitration committee were jailed to lengthy terms of varying periods, the 20 individuals, including  journalists Kalid Mohammed Ahmed, 26, and Darsema Sori Banqash, 48, from Radio Bilal, who were accused of coercing the state to release the 18, remained jailed.

However, prosecutors have continued pressing the charges against the 20 defendants, which led to their sentencing in January last year.

The two years trial of Abubeker Ahmed and the remaining 19 has been marked by several irregularities including inconsistent witness statements and complaints by the defendants of having had no access to their lawyers and having been subjected to torture and duress.

Many of the arrested were the Ethiopian Muslim arbitration committee members who volunteered to become members in order to seek solutions to narrow the widening gap between Muslims and the government. AS