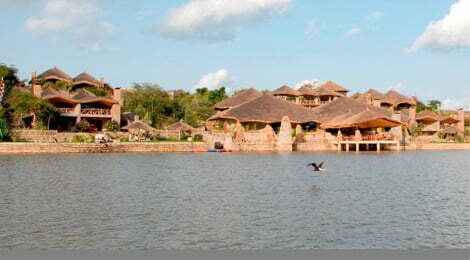 Recently Lonely Planate named Addis Ababa as one of the world’s ten best cities to visit in 2013. It did so for the city’s culture, food, and value for money. But customer handling in most places where the best food and culture is available is niggling

Being home to the African Union Commission (AUC), The UN Economic Commission for Africa (UNECA), more than a hundred embassies and diplomatic missions, as well as a growing number of multilateral companies means Addis Ababa in particular and Ethiopia in general has seen its share of hotels and resorts, cafés, restaurants, and tour and travel agencies, among other service delivery sectors, triple in the past one decade alone. Not only has the number tripled, each and every service delivery sector has seen their income increase significantly thanks to Ethiopia’s  opportunities to host so many international conferences, meetings and events every year.
This being the case, what didn’t increase along with the growth of this sub sector, which is part of the general service delivery sector, is the quality of professional service delivery, which remained mediocre or even in some cases annoying to customers. Although a good number of these businesses have joined the lucrative sector in recent years, only a few have done so with a good sense of service delivery discipline. The famous saying ‘the customer is always right’, may sound meaningful but unfortunately not within most of this particular sector in Ethiopia, which, ironically, is dominated by the private sector. Admittedly, many of them are fond of operating in the same old-fashioned and understanding of service delivery as was during the Marxist Derg or its predecessor Emperor Hailesselasie regime.

Still makes money
Over the past eight years the service providing sector in Ethiopia that includes wholesale and retailing services have taken a leading role and as of recent its contribution to the GDP is greater followed by agriculture and industry sectors. According to a January 2011 report by the Ministry of Finance and Economic Development, the service sector has contributed a total of 14% to the national GDP for the fiscal year of 2008/09.  A sign of significant growth, the sector in general has contributed to the national GDP 45.1% during the fiscal year that ended in 2009 and 46.6% during the fiscal year that ended in 2010/11. Although a specific data on the contribution of restaurants, hotels, lodges and resorts to the national GDP could not be found either from the Central Statics Authority or from the Ministry of Finance and Economic Development, this specific sector remains one of the fastest growing sectors in the country.
Sadly though the quality of services provided by the majority within this specific sector are of no or average standards with customer handling at the heart of all the problems. It is a common occurrence, for instance, to see waitresses and waiters in almost all restaurants and cafes refusing to serve customers because some of the tables are not the tables they are assigned to handle.
“There are times that you will get to pay for glasses that you’ve accidentally broken,” says a customer at a cafeteria around Piasa. Interestingly for the majority of these businesses the ultimate bar for doing business has never been anywhere higher than the logistics and a mere business set up costs that include the purchase of materials, building and renting of houses and hiring of employees with no prior experience or on the job training, nor are many owners of these businesses willing to train their staffs that are in direct contacts with their customers according to certain standards of their business establishments.
Customer handling manner is “a way of building your image and long term relations with your regular customers,” according to a restaurant owner here in Addis Ababa. Unfortunately, for many others in his category, it is hardly considered as the nucleus of their business.
Although some people argue that the quality of services a given service provider offers depends on the persistent demand by the customer, it’s a foregone conclusion that one has to come up with at least a few basic facilities to create such business establishment. A clean latrine and washroom has to be some of these basic facilities which are not the case in almost all average to small level hotels, cafes and restaurants in Ethiopia.
In October this year, Lonely Planet, the global travel guidebook company, has named Addis Ababa as one of the world’s best cities to visit in 2013. Interestingly its rating of the city, which it said was “evolving at a fast pace”, as the best ten cities to visit was based on “culture, food, and value for money,” which is not exaggerated at all. Coincidentally however, Lonely Planet’s benchmark in naming Addis as the best ten cities to visit exposes, in one way or another, the mediocre level of customer handling in places where the best “culture” and “food” can be found.

Change is in the air, may be
According to Tourism Service Competence Accreditation Case Team at the Ministry of Culture and Tourism, an authority responsible for rating hotels, restaurants, lodges, resorts and motels and accords them with the right level of star, the issue of customer handling discipline and skilled manpower is being tackled, to some extent, following the opening of tourism and hotel training institutes in the country.
A few hotels, restaurants and other service providers are taking the lead in setting good examples by having the right type of employees and placing customer satisfaction and good services as one of their businesses’ quality indicator. Radisson Blu in heart of Addis Ababa, Kuriftu Resort and Spa in Bahir Dar and Debre Zeit, some 750 kms North and 45 kms south east of Addis Ababa respectively, the Negash Lodge in Woliso and the Sabana Lodge and Resort in Langano, some 200 kms west, and 200 kms south of Addis Ababa respectively are some of these places that have pushed the bar for customer handling and service quality to a remarkably higher level. Many others should follow in their footstep.

Ethiopia: A Self-defeating Charities and Societies Proclamation hurting all