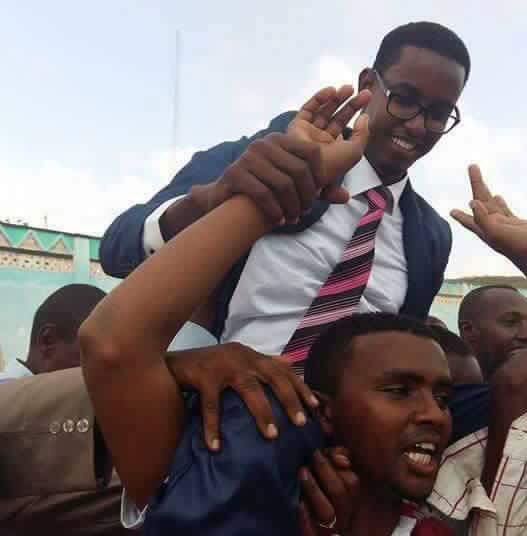 In the past weeks or months, Somali political discourse was dominated by the 2016 parliamentary elections and whether the country will be able to pull this off at all.  Large segments of the society and some key stakeholders were sceptical of the election taking place, insinuating that the incumbent was pushing for a favourable extension, and this means substantial period.  Now that the myth of extension is dispelled and the parliamentary elections kicked off across the Federal States, it appears that the topic has shifted into election mismanagement.

In fact, election, or what is often termed as representative democracy, is a messy business. For that reason, detailed autopsies of Somalia’s parliamentary election will not be publically available for some time. So, we are left with snippets of controlled information from competing parties with vested interests. Local media houses, which have become mired in the process, still inform the public with varying messages; some are openly critical of the election process, while others are outright biased. Such election coverage is not helping the situation but adding to an unnecessary confusion, further creating an atmosphere of mistrust among communities.

However, one should be mindful of this and use critical faculties to sift through these competing interests by separating facts from far-fetched fantasies; not shying away from uncomfortable truths and dispelling along the way some persistent myths.  Now that the parliamentary election is finally drawing to a close, time to look at some home truths.

So far, over 50% of lower and upper house seats were elected for the first time or re-elected into the federal parliament representing regional states. Given the fact that Somalia is still at a post-conflict stage with barely any strong institution to talk about, holding its first election since the end of the civil war is bound to experience mishaps. Indeed, no one is claiming that the current election process is corruption proof.

There are already reported incidents from the Federal States, which are in violation of the electoral rules from intimidation, vote buying and potentially compromising on the agreed 30% women quota.  The most notable misgiving in this election is corruption which is manifested by the practice of vote buying. Unsubstantiated reports indicate that parliamentary seats were being bought for up to one million US dollars. This is unethical and ever more hurtful when parts of the country is experiencing extreme drought. Such amount of money could be used to assist fellow citizens who lost their livelihoods due to this unforgiving drought. What’s more, it is an illegal activity and should be condemned by all candidates.  Rather than seeking to gain a seat by bribe and intimidation, candidates should primarily appeal to the electorates on the issue that matters to them; share similar experiences and political agenda without resorting to vote-rigging. Therefore, it is understandable- but will no way justify- if there are alleged concerns on some isolated incidents of electoral malpractices, and definitely cannot, by any means, be brushed under the carpet.

That said one should also not ignore the sentiment of some sections of the community who protest that there was selective targeting on particular regional States where these alleged violations happened. They point to Adaado- Galmudug State election and the negative coverage it received. Aside from throwing accusations and counter accusations, election rules have to be applied equally without prejudice.  At this juncture, it should be noted that the government had acknowledged some of these alleged incidents and called upon the Federal Indirect Elections Implementation Team (FIEIT) and Electoral Dispute Resolution Mechanism (EDRM) to look into the claims.

On the other hand, it will be disingenuous to overlook the encouraging progress made in this election. It is a remarkable achievement for Somalia as a whole, and individual accomplishments in particular, for the inspirational members of the lower and upper houses of Parliament. For example, members like Hon. Abdullahi Sheikh Abas, a 31-year-old Somali man born in a Kenyan refugee camp and has been elected into the Somali Parliament representing the community of Kismayo in Somalia’s Jubaland State. Mr Abas (pictured above) defeated a more established former MP and deputy minister. In Baidoa, Hon. Timiro Mohamed Ali, a young female graduate, was elected to the Senate beating other senior female contenders. And in Garowe, Hon. Shukri Adan Amey, a well-known female architect who is from the Diaspora, was elected to the Senate. Hon. Shukri was the chief architect of the famous Maka Al Mukaramah Hotel in Mogadishu.

It would be wise to acknowledge and congratulate the achievements of these remarkable members of both houses of parliament, and the many others who share similar experiences. But unfortunately, it is often simple to concentrate on a small number of cases whereby electoral fraud is alleged. It should be noted that it is still too early to draw a conclusion of the impact of these isolated incidents on the overall election process.

There is a strong argument for the Somali institutions to be given space to grow and mature for them to deal with electoral challenges. So far, Federal Indirect Elections Implementation Team (FIEIT) and Electoral Dispute Resolution Mechanism (EDRM) had shown political maturity in addressing electoral complaints arising from the federal States. They stood firm on issues relating to women quota, which now stands at around 20%, up by 6% from the 2012 parliament. Both committees issued various statements warning against election malpractices and have called for the 30% women quota to be observed.

The supportive role of the International community is now critical for Somalia than ever for many understandable reasons. The country is still fragile and faces numerous challenges but also made remarkable progress in some fronts such as state building and economic development since 2012. The role of African Mission in Somalia (Amisom) in securing election centres is commendable. There were no reported security incidents at election centres. Amisom security personnel were closely working with their Somali counterparts to minimise any security threat.

The fact that it’s holding elections, with broad national geographical coverage, is clear evidence of this achievement. The International community should continue assisting Somalia in consolidating these hard-earned gains.  The least the international community can do in this critical time is to show a greater understanding of Somali’s unique situation; give space to develop and respect it’s home-grown, locally inspired solutions.

Penultimate, elections are the hallmark and a function of modern representative democracy. Whatever imperfections of the current Somali election (no doubt there are some), Somalia has taken another giant leap towards achieving democratic governance. It is in the middle of crafting its state institutions. That, in its own, should be encouraged and credited to the Somali federal government and its people.

Finally, while it is recognised that this is not a universal election as such, it is a unique form of election for Somalia given its peculiar set of circumstances. Any procedural gaps and flaws within this electoral process should be scrutinised, studied carefully and be used as a lesson learned for the 2020 elections. The country is slowly moving in the right direction. Those who followed Somali social political development during and after the civil war can attest to this undeniable fact. Somalia federal government and its people should be proud of its election achievements. AS

ED’s Note: Mohamed Shire is a security and development consultant and former advisor to the Somali government. He can be reached on Moshire@hotmail.co.uk. He Tweets on @moshireh.

Photo Caption: Hon. Abdullahi Sheikh Abas, a 31-year-old Somali man born in a Kenyan refugee camp who has been recently elected into the Somali Parliament