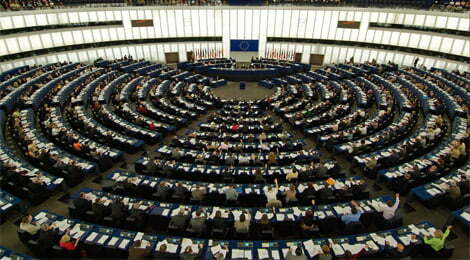 The 751 Members of the European Parliament, the only directly-elected body of the European Union (EU), have debated and adopted a powerful motion presented to them on the current situation in Ethiopia. The motion included detailed descriptions about the Oromo protests that have rocked the nation from all corners, the country’s frequent use of the infamous Anti-Terrorism Proclamation to stifle “even mild criticism”, and the pervasive displacement and abuse of millions of Ethiopians in the name of development.

The debate and vote by the European Parliament took place yesterday during a first reading at a plenary session. “Ethiopia resolution adopted by EP plenary without amendments to the text supported by 7 Groups. Only extreme right wing voted against”, reads a tweet from Ana Gomez, a member of the European parliament.

Authored by more than 60 individual members of the European Parliament together with the Socialists and Democrats, S&D Group, the centre-left political group in the Parliament which has 191 members from all 28 EU countries, and supported by seven groups, the motion detailed a disturbing prevalence of human right abuses in Ethiopia perpetrated by the government.

Biggest crisis
The motion describes the recent Oromo protests as “the biggest crisis to hit Ethiopia since the 2005 election violence” and said “security forces used excessive lethal force and killed at least 140 protesters and injured many more.” It also accuses authorities in Ethiopia of arbitrarily arresting “a number of peaceful protesters, journalists and opposition party leaders in the context of a brutal crackdown on the protests in the Oromiya Region,” and “those arrested are at risk of torture and other ill-treatment.”

The motion specifically mentions the arrest on December 23 of Bekele Gerba, deputy chairman of the Oromo Federalist Congress (OFC) Oromiya’s largest legally registered political party. It noted that Bekele was taken to a prison known for torture and other ill-treatment practices and “shortly after he was reportedly hospitalized”. It mentioned that the whereabouts of Bekele Gerba, were “now unknown, raising concerns of an enforced disappearance.” “The government [has] labeled largely peaceful protesters as ‘terrorists’ deploying military forces against them.”
The motion connects the current Oromo protests with “the bloody events of April and may 2014, when federal forces fired into groups of largely peaceful Oromo protesters, killing dozens; at least hundreds more students were arrested, and many remain behind bars.”

In an email interview with Addis Standard, a diplomat who is working at an EU member state embassy here in Addis Abeba, said the motion was “the strongest, detailed and straight forward motion that describes the current situation in Ethiopia.” The diplomat, who wishes to remain anonymous because he is not authorized to speak, further said that reports from various embassies on the ground have helped inform member states about the “fragility” of the situation in Ethiopia.

Asked to comment on whether the Parliament is likely to pass the motion or reject it, the diplomat said, without specifics, that “the current situation in Ethiopia calls for a careful reading of events on the ground and this motion, more likely than less, is Ethiopia as we know it today.”

The motion blames Ethiopia’s government of accusing people who express “even mild criticism of government policy of association with terrorism,” and mentions the dozens of journalists, bloggers, protesters, students and activists who have been prosecuted under the country’s draconian 2009 Anti-Terrorism Proclamation. “Numerous prisoners of conscience, imprisoned in previous years based solely on their peaceful exercise of their freedom of expression and opinion, including journalists and opposition political party members, remained in detention.”

The ruling Ethiopian People’s Revolutionary Democratic Front (EPRDF) won all 547 parliamentary seats in the May 2015 elections, the motion says, “due in part to the lack of space for critical or dissenting voices in the election process; May’s federal elections took place in a general atmosphere of intimidation, and concerns over the lack of independence of the National Electoral Board.”

However, the motion says, Ethiopia enjoys political support from western donors and most of its regional neighbors, “mostly due to its role as host of the African Union (AU) and its contribution to UN peacekeeping, security and aid partnerships with Western countries.” Ethiopia receives more aid than any other African country – close to $3bn per year, or about half the national government budget. But “the current political situation in Ethiopia and the brutal repression of dissent put a serious risk to the security, development and stability in the country.”

Call for action
In light with the detailed human rights violations by the government, the motion included a fifteen point recommendations including a call on the EU to “effectively monitor programs and policies to ensure that EU development assistance is not contributing to human rights violations in Ethiopia, particularly programs linked to displacement of farmers and pastoralists, and develop strategies to minimize any negative impact of displacement within EU funded development projects.”

The motion also condemns the recent use of excessive force by the security forces in Oromiya and “in all Ethiopian regions, the increased cases of human rights violations and abuses, including violations of people’s physical integrity, arbitrary arrests and illegal detentions, the use of torture, and violations of the freedom of the press and of expression, as well as the prevalence of impunity.”

The motion further for the immediate release of all those jailed for exercising their rights to peaceful assembly and freedom of expression, including students, farmers, opposition politicians, academics, bloggers and journalists. It also calls on the government in Ethiopia to carry out a credible, transparent and impartial investigation into the killings of protesters and other alleged human rights violations in connection with the protest movement and to fairly prosecute those responsible, regardless of rank or position. It also urges the government to “immediately invite the UN Special Rapporteur on the rights to freedom of association and peaceful assembly and other UN human rights experts to visit Ethiopia to report on the situation.”

But whether Ethiopia could heed the calls and recommendations remains to be seen.

The Special Interest: the affirmation of denial