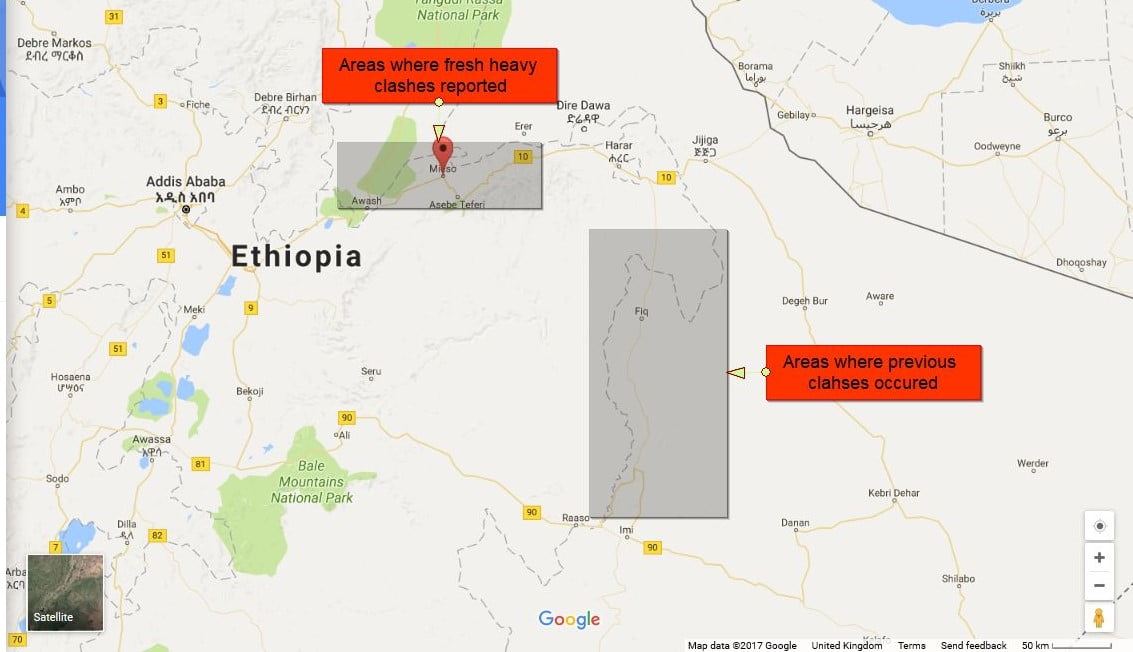 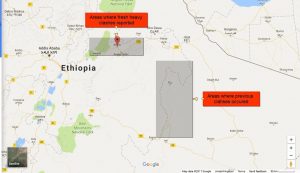 The conflict has been going on for several months now. The local say it is aggravated by the presence of members of Ethiopia’s notorious police force, “Liyu Police,” a special paramilitary elite force accused of its close connection to Abdi Mohamoud Omar, president of the Somali regional state in eastern Ethiopia. Members of the “Liyu Police” are often accused of looting, rape and extrajudicial killings of civilians ever since their establishment in April 2007.

Last week, a group of elders who traveled from East Hararghe Zone, Gursum Woreda of the Oromia Regional State to the capital Addis Abeba have called for an end to the “Liyu police anarchy”.

Today’s heavy clash subsided late this afternoon after the “members of the federal army arrived in the scene”, according to Abdulatif, “but we are not going sit back and see this happen again,” he wrote. AS