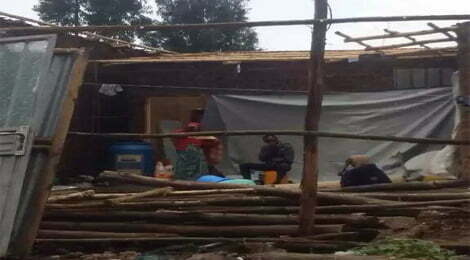 The Addis Abeba city administration, backed by police, has reportedly clashed with residents in Woreda 12 of Bole Sub city it deems “illegitimate settlers” causing the deaths of multiple people yesterday. The clashes occurred as the administration tried to demolish houses built on “illegally obtained land.”

As Sinishaw Assefa, a resident in the area known as Wora Ganu, which is situated behind Bole International Airport told Addis Standard, early in the morning at about 5:30 am on Tuesday, 18 of May, a squad of demolishers armed with bulldozers arrived in the area. “Some of the residents whose houses were about to be demolished resisted the move and clashed with the demolishers as well as the police,” he said.  “There is a heavy police presence in the area.  And sirens of ambulances were heard constantly.”

Sinishaw said that he had heard the deaths of about six people due to the incident. But allegations running through social media raise that number to twelve. Among the dead included are police officers according to information from social media. Addis Standard could not verify both numbers. 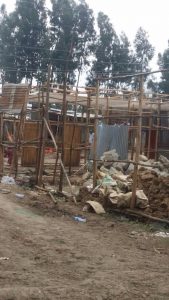 Last year the city administration announced that it was going to issue ownership title deeds to close 45 000 “undocumented and illegally occupied” land plots as per Directive 18/2014. The ownership deeds were arranged to be issued for the land plots occupied between May 1996 and April 2005 in accordance with the city’s line map produced in 2005. However land plots that were occupied outside of that time frame were not to be issued entitlement deeds.

According to Sinishaw who resided in area since 2007 there are thousands of households who settled there before 1996 and after 2005. “I know some people who have settled here during the Dergue era” he said. He also maintained that there are no compensations for the houses to be demolished. “They just come and started ruining. Even today [Wednesday, May 19] I have seen three truckloads of demolishers passing by.  They are going to do what they are set to do.” 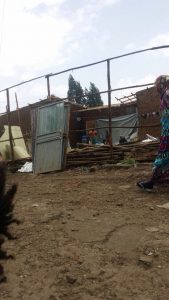 According to another eyewitness who wished to remain anonymous, about 2000 houses have been demolished in the raid. The areas used to be inhabited by farmers. The ‘settlers’ usually buy a square meter of land for about ETB 1500 before they built their shabby house according to the eyewitness.

Obituary: Admasu Berhanu - The loss of an icon

Opinion - Who is in control in Ethiopia?