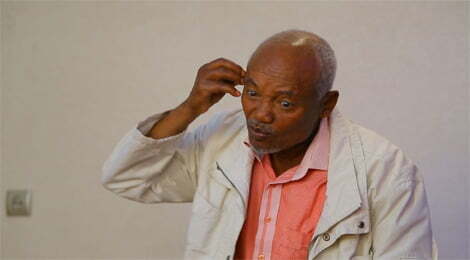 Obituary: Admasu Berhanu – The loss of an icon

On February 14, 2016, devotees of Dhebuu, a very popular Television serial drama in Afaan Oromo, woke up to the tragic news of the passing of Admasu Berhanu, one of the most prominent actors that had helped make the show a gripping watch week after week. Admasu played Abbaa Latta, a prosperous old man who persists on badgering his eligible, bachelor son to settle down and start a family.

Dhebuu is one of the pioneer TV serials that extended its storyline for over a year now, captivating its audience with a tale that is close to their hearts. And for it to have worked, the role of the iconic actor was more than instrumental, says the show’s producer Qalbessa Magarssa.  But Admasu’s fans know Dhebuu is not the only work to have been graced by an actor of unique talent and caliber.

Born on August 2, 1955 in Billaa, in what was then known as Wollega Province, Admasu moved to Addis Abeba at the age of 20. Endowed with a very good voice, he was employed by one of the five theatres in the city, the Addis Abeba Theatre and Cultural Hall (AATC) as a vocalist. Of the songs he released during his stint as a singer, few, like Nafjjiirtu, Biqiltu Ganamaa, and Yaa Tiiriingo have become popular hits of the time.

But it was not enough to satisfy the curiosity of a man who was destined to live his marks on several of Ethiopian classic stage plays. Admasu soon stretched himself to doing traditional dancing and acting. He played roles in various Amharic plays including a translation of William Shakespeare’s “The Merchant of Venice,” “Tewodros,” a story of the 19th Century Gondarian king written by the late poet laureate Tsegaye Gebremedhin, and “Balcha Abbaa Nefso,” a chronicle of a great war general whose contribution to the defeating of the invading Italian army at the battle of Adwa was pivotal. 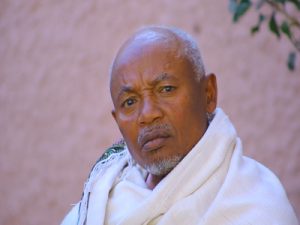 Admasu moved from AATC to Hagar Fikir Theatre, the oldest in the country, and then to Ras Theatre. But the most important turn of events in his professional life happened when the state owned national broadcaster, ETV, now EBC (Ethiopian Broadcasting Corporation) started paying attention to broadcasting programs in Afaan Oromo, the language of the largest ethnic group in the country. Since 1992, Admasu had been featured regularly on Afaan Oromo TV dramas, giving him an opportunity not only to work in his mother tongue but also to reach out to the homes of millions of people all over the country. Jawii, Hawii, Meraamerto and Haaldeebesa are among the endless TV dramas he acted on, wrote or directed.

Qalbessa, Dhebuu’s producer, particularly remembers Admasu’s energy and liveliness. “It was like working with a much energized young man,” he told this magazine. Not only did he get along with the other cast and crew members, he was inspirational and very respectful of everyone’s contribution. “And he was punctual,” an exemplary role essential for many youngsters who are inspired by his works and want to follow on his footsteps.

Every director with a dream of making a movie or a TV show in Afaan Oromo dreams of having Admasu play a role.  But for Qalbessa he was not just a great player, “he was my mentor too”. “I can’t forget the Baklava he used to invite me whenever we meet for work around Piazza, [a hub for many with artistic temperaments in the city] or the way he swears, ‘foon abbaakoo’ and his greeting ‘akkam naaf jirta? I badly miss most of these things about him.”

So will millions of Oromo who grew up watching him acting on TV dramas, and many more who saw him switch stage roles flawlessly.

Survived by his wife, two sons and three daughters, Admasu was an iconic figure whose loss will be deeply felt for generations to come.

Photos: taken from the secne of Dhebuu

ED’s Note: this Obituary was first published on the hard copy of Addis Standard in march 2016.

The US announces nearly $128m in additional humanitarian aid to Ethiopia