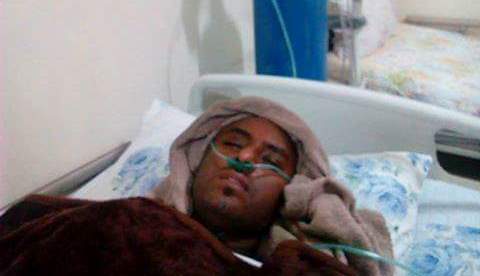 News of Ethiopians wrongly locked up behind the country’s notorious jails has long become a routine feed for the nation. And the impact of this repeated, gross miscarriage of justice carried out by none other than the country’s law and order institutions has led to a chilling outcome that many Ethiopians are today displaying an extraordinary level of indifference to the issue.

That should alarm us as a nation.

But what should come as equally alarming is also the disturbing detail of the various forms of post-prison abuses against these innocent citizens, which turns their lives upside down even more so than their unlawful detention.

After nearly four years in prison in what is believed were politically motivated charges, Bekele Gerba, a senior opposition member of the Oromo Federalist Congress (OFC), suffered a near six-month administrative abuse in the hands of his employee, the Addis Abeba University (AAU), where he served as a professor prior to his arrest.  After a persistent back and forth, Bekele made it back to his job. But unfortunately, he was rearrested six weeks later.

And after a year and half unlawful arrest and abuses in the hands of the country’s law enforcement apparatus, members of the Zone9 blogging collective spent a whole year battling travel bans imposed on them by the nation’s intelligence authority, whose imposing say-so often takes precedence over the country’s judiciary.

A year after they have been acquitted by the court of law, some individual members of the zone9 blogging collective are also fighting to return to what was once their career life. Both Edom Kassaye and Abel Wabella, for instance, have taken their former employees, Plan International and Ethiopian Airlines respectively, to a court of law contesting their unlawful dismissal from work, which followed their arrest. And a lecturer at Ambo University before his arrest, Zelalem Kibret was dismissed by the University without due legal process for no apparent reason than his wrongful arrest.

In recent weeks, Ethiopians from all walks of life have taken to social media to demand Habtamu Ayalew of the opposition UDJ/Andnet (pictured) to be allowed to travel abroad for medical treatment. Habtamu has fallen critically ill following his acquittal after nearly two years of ordeal in the hands of prison officers.

What’s significantly contributing to this post-prison abuse of Ethiopians is the fact that prosecutors, who in the first place miserably fail to present a shred of evidence against defendants, often take to the habit of appealing against acquittals of these individuals by a court of law.

As if wrongly detained citizens have not suffered enough in the form of the years stolen from their lives, the countless pain and burden on their families, and the labeling against them by sympathizers of the system (regardless of their constitutionally guaranteed right of presumption of innocence until proven guilty), they continue living at the receiving end of institutional spite.

As it is, acquittals by a court of law of individuals who were recklessly detained by the police and shamelessly charged by prosecutors, often for political reasons, come as a precious gift in today’s Ethiopia. But it is incomprehensible that institutions, both private and state-owned, follow the habits of the police and continue abusing individuals who were wrongly detained and were charged with several counts, but have, against all odds, stood the rare chance of being declared innocent by a court.

It is time Ethiopia looks into its own constitution to put an end to this act.

Article 20(3) of the country’s criminal law clearly states that accused persons have the right to be presumed innocent until proven guilty.  And when it comes to private employers, Article 27(1) (J) of the Labor Proclamation No. 377/2003 unequivocally states that employers can only terminate employment contracts without notice in the event that employees are absent from work after a prison sentence of more than 30 days is handed to them by a court of law.

With regards to state-owned employers, the situation gets a bit more complicated, indicating the urgent need to reform the country’s Civil Servants Proclamation 515/2006 Article 81. The proclamation insists that a government institution which has received a reason of absence from work due to force majeure, (reasons beyond the capacity of the employee), can keep a given post vacant for six months, after which time it is entitled to terminate employment contracts.

However, a legal system that functions at a snail’s pace and police’s extrajudicial act of keeping wrongly detained individuals for months means government institutions are free to join the abuse at will and are protected by the law for doing just that.

That [may be] what is waiting for Abraha Desta, a lecturer at Mekelle University in northern Ethiopia and a senior member of the opposition Arena Tigray, who has been released in the first week of July, two years after he was imprisoned. Although Abraha ended up serving a year and four months for “contempt of court”, his court acquittal indicates he was wrongly arrested.

This magazine has been persistently speaking against lose ends of the rule of law in Ethiopia because that is the most glaring fact for everyone to see. But subjecting individuals to post-prison abuses after they were declared innocent and are released from the prisons they should have never been into in the first place is equally against the constitution and against any principles of human rights declarations the country is a signatory to.

Justice must prevail for those wrongly jailed Ethiopians as much as for those who are not. And Ethiopians should equally continue to peacefully demand the return of the rights of citizens (if nominal) after it is wrongly been shattered by the willful enablers of a repressive regime such as the police.

ED’s Note: This editorial was first published in the July edition of Addis Standard magazine.