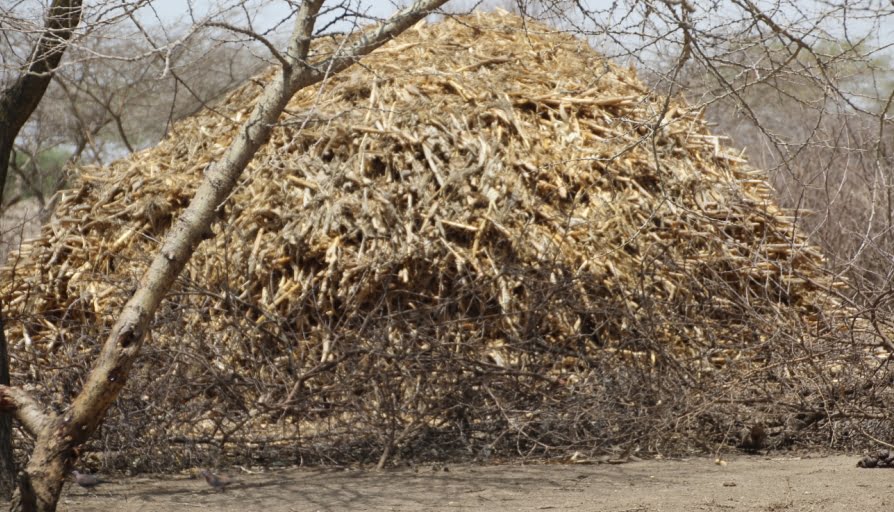 Nov. 08, 2016 (ReliefWeb) – An outbreak of wheat rust disease in critical wheat-growing regions of Ethiopia is threatening recent crop production gains in parts of the country, following a long period of El-Niño-induced drought. In late August, survey teams first spotted the rust in Oromia and Southern Nations, Nationalities and People’s (SNNP) regions. The crop-killing fungus has since spread to Amhara and Tigray regional states.

Wheat rusts are known to cause stunting in plants and pre-harvest losses of between 50 and, in severe cases, 100 percent. As of 24 October, the disease has been detected in nearly 2 200 communities and on close to 300 000 hectares of land across the country.

Although yellow rust is by far the most widespread of the wheat rust diseases identified, stem and leaf rust have also been spotted. Wheat is the third most important crop for food security in Ethiopia and covers an estimated 17 percent of Ethiopia’s total agricultural land use, according to the country’s statistical agency. The crop is not only critical to smallholder incomes but the food and nutrition security of tens of millions of Ethiopians. In 2014, Ethiopia produced over 3 million tons of the crop.

Abebe Getachew and his family are among 45 000 households across Ethiopia that have had their wheat production for the meher season – from which most farmers obtain the vast majority of their food supply- compromised in recent months as a result of the outbreak. “My farm was attacked by the rust a few years ago and I lost almost all of my wheat; there was no support for me at the time,” said Abebe, who also farms teff in Hadiya zone, SNNP Region. “Killing the rust is not something I could afford to do on my own. These days we struggle to plant, not many can afford the products,” he said. In early October, Abebe’s farm was sprayed with anti-rust fungicides by regional officials. The outbreak in his zone is being monitored by regional extension officers.

As of 24 October 2016, an estimated 92 percent of the farms identified as wheat rust affected have been sprayed with fungicides by regional authorities, a signal of a proactive response by the Government and partners. However, some issues persist in the management and eradication of the disease. “Though the response to this outbreak has been positive, the high cost of fungicides is hampering the ability of local farmers to respond to the crisis and protect their crop ahead of the harvest. In cases where farmers are capable of responding with fungicides, the equipment are often not available to them,” said Bateno Kabeto, Crops Specialist at the Ethiopia Country Office of the Food and Agriculture Organization of the United Nations (FAO).

Fungicide spray equipment and protective gear is in limited supply in parts of the country, not only affecting the timely control of the outbreak but the health and safety of farmers. In addition, many farms required spraying more than once, compounding costs for resource-poor farmers.

FAO is working jointly with Ministry of Agriculture and Natural Resources (MoANR) and Ethiopian Institute of Agricultural Research (EIAR) to monitor and inform partners on the status of the outbreak. FAO recently supported the training of government officials on wheat rust surveying, and other pest and disease monitoring. The Organization previously developed a guideline on wheat rust disease management in Ethiopia in collaboration with the MoANR. The Emergency Seed Working Group, a technical offshoot of the Disaster Risk Management Agriculture Taskforce which FAO chairs alongside the Government, is also assisting the Government with monitoring the situation.

The UN agency has played a critical role in halting wheat rust outbreaks in the past. In 2011, Ethiopia faced a crippling outbreak throughout the country, fueled in part by a La Niña phenomenon. Significant crop losses ensued and millions were invested in projects to combat the spread of the disease. FAO implemented a wheat rust response campaign, fueling funding to mitigation efforts such as treatments as well as providing training to farmers and regional officials. FAO’s wheat-fighting activities in Oromia and SNNP regions protected 234 931 quintals of wheat, worth an estimated USD 7 million, from a yellow rust infection. The Organization also distributed rust-resistant seed varieties to reduce the risk of future losses and introduced farmers to new planting methods.

Protecting gains of the drought response

Poor crop-dependent households are still reeling from one of the most crushing droughts in the country’s modern history. In 2015/2016, Ethiopia faced two poor seasons – both the belg and meher (spring and summer) planting seasons failed, leveling a blow to already burdened subsistence farmers across the country. Both seasons account for at least 90 percent of all food produced locally. During the drought, hundreds of thousands of animals died and milk production – critical for food security in arid, pastoralist regions – declined significantly. Thousands of tons of potential crop were lost, leading to rising household debt and food insecurity. Some farmers were forced to employ extreme coping strategies such as consuming seed stock as food.

In response to the 2015/2016 drought crisis, FAO and its partners recently concluded the largest humanitarian-led seed distribution campaign in Ethiopia’s history. During the response, FAO distributed 4 000 tons of seed to 168 000 families. The entire seed response supported 1.5 million farming households with 32 000 tons of crop and vegetable seed as well as tens of millions of cuttings. Amadou Allahoury, FAO Representative to Ethiopia stressed the need for early action to combat all threats to the success of the meher harvest, especially in light of the recent achievements of the historic response. “The gains made by the emergency seed response have to be protected. The management and eradication of this disease and others will be critical in order to ensure the long-term food security of Ethiopia,” he said.

FAO is appealing for USD 50 million to address emergency needs in Ethiopia. USD 14 million is urgently required to support crop and livestock-based livelihoods in 2016. * FAO is monitoring cases of Maize Lethal Necrosis Disease (MLND) in Oromia and SNNPR as well as Desert Locust sightings in Somali Region.