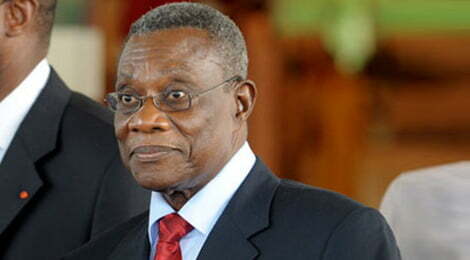 Ghana’s late president – A mixed legacy but a stable nation

Ghana’s late president John Atta Mills may be criticized for being soft on corruption, but he will be remembered for leaving a stable nation behind

Thousands of Ghanaians paid their last respect on Friday August 10th during the state funeral for the late president John Atta Mills. As a sign of closeness and respect to the late President most of them wore the traditional red and black mourning rag. Mills was widely credited for helping to transform his nation into one of Africa’s finest democracies but he is criticized for tolerating corruption and mismanagement of public money by members of his inner circle.

More than a dozen heads of state from Africa and U.S. Secretary of State Hillary Clinton joined mourning Ghanaians in the capital Accra as his coffin was carried on a gun carriage followed by wreath bearers.

Many Ghanaians believe Mills was “a good and honest man” and the problems surrounding his presidency, particularly corruption and mismanagement of public money, have more to do with the people close to him than he. Mills, who had been due to stand for re-election in December after securing 96.9% of his party’s vote to be the flag-bearer, died of a throat cancer on July 24.

The man of peace

The late President is fondly remembered by most people in Ghana as a soft spoken, pacifist, and peaceful intellectual.

As of July 2011 his public acceptance soared for assuring a peaceful flag bearership election within his own party, The National Democratic Congress (NDC), for which he was challenged by Nana Konadu   Agyeman –Rawlings, the wife of Ghana’s former president Jerry Rawlings. Despite a dreadful, and at times nasty, labeling and name calling Mills won the election by a wide margin and joined the general public in mocking himself as ‘The Yutong Bus Driver’

Trust in governments across Africa is often in deficit.  The continent’s trademark has always been a disturbing mixture of corruption, arrogance, and increasing number of self-serving political elites, which has made millions of Africans to lose trust in their political leaders. On the other hand, it almost seems most of African politicians have also lost trust in the people they serve that vital news as that of a health condition of a head of state are not communicated to the general public in a fashionable manner even when they are at the verge of death.

Although Mills’ poor health was rumored long ago on the streets of Accra, its capital, NDC officials have persistently denied that he was ill till the end.

Rumors of the late president’s grave illness first surfaced in Ghana as far back as two years ago but reached a climax last June that he was may be too sick to seek re-election. Some radio stations went so far as prematurely report his death.

Even in a mature democracy like that of Ghana, politicians are not keen to be seen as feeble.  They think telling the truth will open up doors for competing forces to try to seize power, and as a process destabilize the established political system. Unfortunately, Ghana’s was no different.

The late Atta Mills has also personally denied the rumors. But on July 24th Ghanaians woke up to the dreadful news that the 68-year-old was dead. Many have forgotten their complaints about lack of information on his health status and lined up to pay their respects in the capital, Accra, on Wednesday the 8th of August where his body was laid in a casket draped in the national colors of red, yellow and green. His body was laid to rest on August 10th.

During Mills’ presidency, most notably following his frequent absence from public views in recent months, the government was sued several times by several individuals for breaches of contracts dating back to the previous government led by John Kufuor and paid a staggering amount of cash settlements.

Prominent amongst all is the case for Alfred Agbesi Woyome, a powerful supporter and financier of the ruling NDC who was since charged with crimes including corrupting public officials.

Although it was a case involving the government led by former president John Kufuor and a 2005 milti-million dollar bid for the rehabilitation of three different sport stadia in Accra, Sekondi-Takoradi and Tamale towns which was won by Alfred Agbesi’s Waterville Holding (BVI) Ltd. the formal contract was terminated by government of Kufuor leading Alfred Agbesi to claim payments amounting GH¢51, 283,480.59 ($ 34 million) from the current government. Shortly before he died, the government of Mills was sued by several other claimants representing companies owned by private individuals.

The case for Alfred Agbesi has tainted many from the inner circle including Betty Mould Iddrisu, who resigned from her post as Education Minister. Mrs. Iddrisu was the former Attorney General linked to the decision to pay the $ 34 million settlement fee to Mr. Woyome. Many more cases of similar nature are pending. 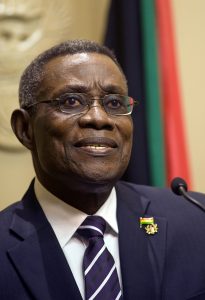 In 2009, Ghana once again assured the world by conducting a peaceful election in which Mills became president. The results were a narrow (less than 0.5 %) margin and could have had led to a nasty power struggle as frequently seen in other countries in the continent and as many anticipated to have happened in Ghana following the announcements of the results. Such tradition of a stable (and enviable) power transition process mean following Mills’ death his vice president John Dramani Mahama was sworn in to the office of presidency in less than 24 hours, solidifying the country’s democracy within a clear constitutional process.

The late President Mills’ critics may be grumpy and continue accusing him of remaining soft on corruption till last. But since his party’s endorsement for the flagbearership he had pushed his record against corruption and mismanagement of public money and had readied himself for the December election that he thought he would participate and win.

Either way, he is no more and left a stable Ghana behind. His legacy will be remembered in the history of modern Ghana for many years to come.

A legacy of unhappy Diaspora

The delusion of ‘radical’ identity politics