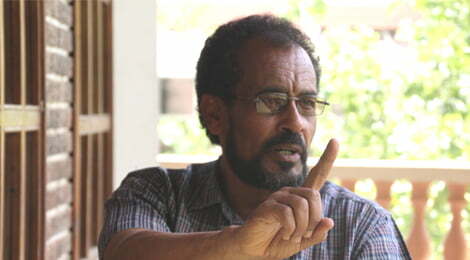 Addis Abeba Nov. 16/ 2016 – In a rare and unexpected decision, the federal high court 18th criminal bench has today overruled prosecutors’ request for closed hearing of witnesses in the case involving senior opposition party members Bekele Gerba and Dejene Fita Geleta, first secretary general and secretary general of the opposition Oromo Federalist Congress (OFC). Accordingly, the court has decided to preside over all the judicial matters related to the case, under the file name of Gurmesa Ayano, in open court.

On Tuesday, Nov. 15, prosecutors have submitted a letter to the court detailing their concerns for the safety of witnesses. In the letter, prosecutors have said that because of the seriousness of the case, their witnesses were under pressure.  The letter also stated that some of the witnesses were people who have participated in the alleged crimes are they were scared of appearing in person to testify. It also said some of the witnesses live in same areas where the defendants are from and therefore fear for the safety of their relatives. 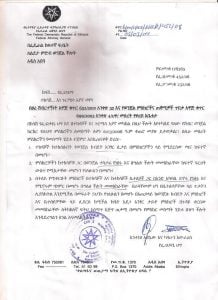 The court overruled all the three points in the letter and has begun hearing witnesses’ testimonials as of this morning. Accordingly, four witnesses have testified against the 2nd and 3rd defendants, Dejene Tafa and Addisu Bullala, as well as the 8th and 12th defendants Getu Girma Tesfaye Liben, respectively. All the four witnesses were people who have been present during searches by police officers of defendants’ computers, emails, and Facebook accounts as well as houses and could only confirm their presences during the searches.

The court adjourned the next witnesses’ hearing against the remaining 18 defendants for the coming two consecutive days.

All the 22 defendants were charged with terrorism. They were arrested between November and December 2015, shortly after the start (and in connection with) of Oromo protests in November. Defendants also include several junior members of the OFC, students and civil servants who came from various parts of the Oromia regional state. AS