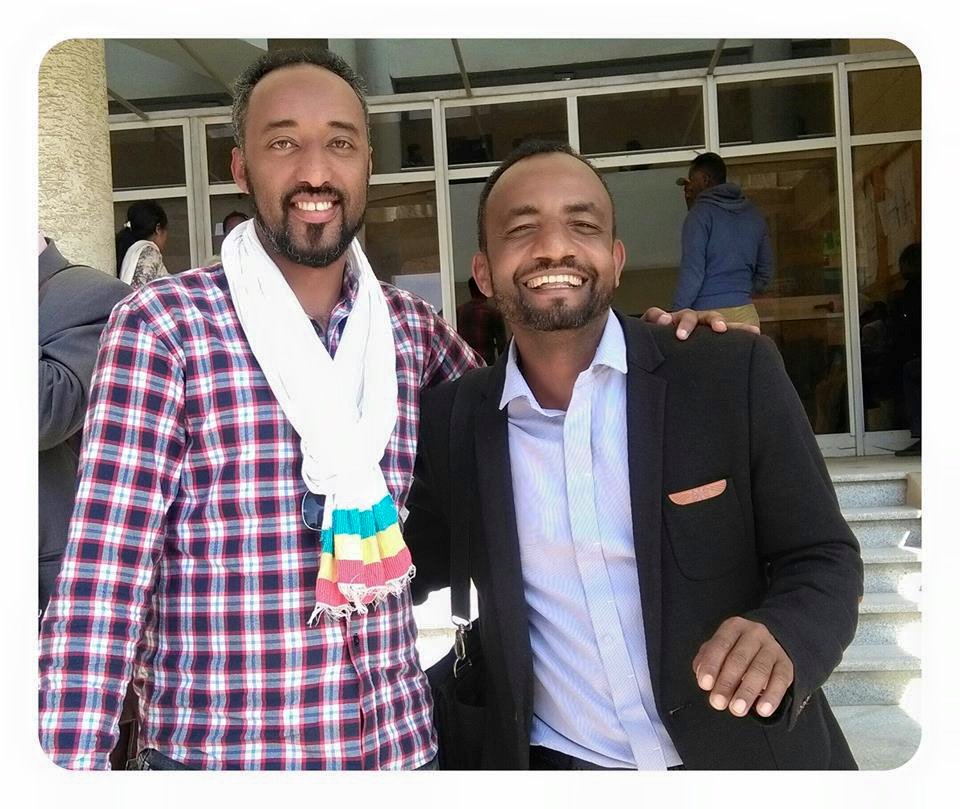 Both Elias and Daniel were first detained along with Anania Sorri on Nov. 18, 2016 for ‘violating’ a section under the SoE, which prohibited displaying crossed arms held above head, a symbol of the Oromo protests that led to the declaration of the emergency rule in October 2016.   After spending months in jail without charges, Anania Sorri was released on March 13 2017. 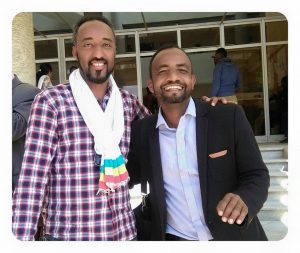 Both Elias & Daniel were released only in Aug 2017 after spending months without charges and plenty of confusions. They were released after posting a 50, 000 birr (about US$1, 800) bail coupled with a travel ban imposed on both by the court. In its decision today, the federal court has lifted the travel ban & the bail posted.

However, journalist Elias Gebru will continue fighting a three year old case at the a fed High court which was brought against him when he was the editor of a local magazine called ‘Enqu’. He was also the editor of a now defunct Amharic weekly “Addis Gets” and Daniel Shibeshi was former senior member of the opposition UDJ/Andinet. Several UDJ members including Daniel Shibeshi have recently joined the opposition Semayawi (Blue) party. AS

Interview: They were even terrified to hear that the title of my book included the name Maekelawi: Solomon Kebede