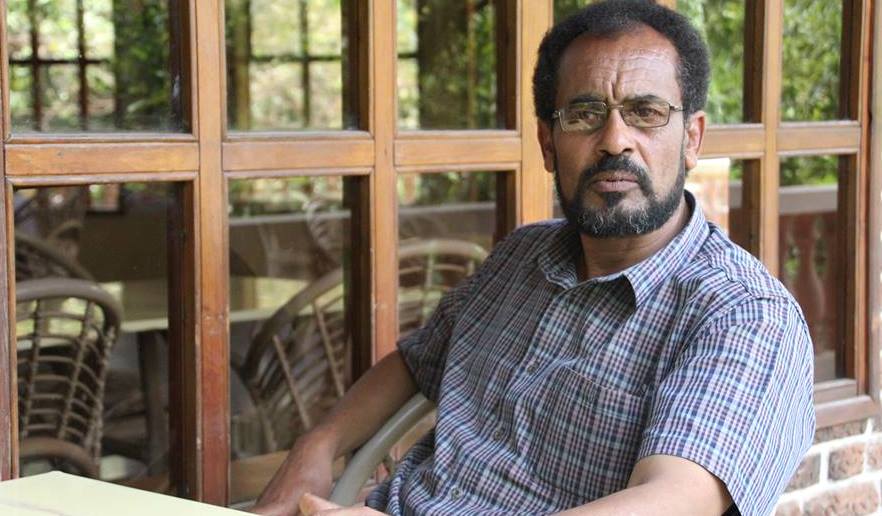 Bekele Gerba was charged in April 2016 along with 21 co-defendants including Dejene Fita Geleta, secretary general of OFC with various articles of Ethiopia’s much criticized Anti-Terrorism Proclamation (ATP).

The charges include, but not limited to, alleged membership of the banned Oromo Liberation Front (OLF), public incitement, encouraging violence, as well as causing the death of innocent civilians and property destructions in cities such as Ambo and Adama, 120km west and 100km east of Addis Abeba during the recent Oromo protests in Ethiopia.

In the past prosecutors have presented evidences largely marked by several inconsistencies, including oral testimonials, against all the defendants, but have until today kept postponing that of Bekele Gerba’s. However, no individual has come forth to testify against Bekele, which led prosecutors to present the two video clips to the 4th criminal bench of the federal high court.

One of the two clips presented as evidence is Bekele Gerba’s acclaimed speech as a keynote speaker during the annual conference organized by Oromo Studies Association (OSA) in August 2015. In it, after highlighting the plight of the Oromo, the largest ethnic group who are the basses of his opposition party, OFC, Bekele spoke at large, and pleaded passionately, about the need for nonviolent struggle. It now stands as evidence against him on charges that include ‘inciting violence.’  Bekele spoke at OSA’s event just five months after he was released from jail after serving more than four years for yet another terrorism-related charges. Prosecutors argued the speech was ‘inciting’ in its content. However, when asked by the defense lawyers to explain what OSA stands for, one prosecutor simply answered “no.”

The second evidence presented this morning was Bekele Gerba’s interview with ESAT, a foreign-based radio and television station. The interview was given in Dec. 2015, during the peak of the #OromoProtests that began in Nov. 2015 and lasted for almost a year. Prosecutors claimed the interview was related to the anti-government protests that gripped almost the entire parts of the Oromia regional state, the largest regional states in a federated Ethiopia.

The court adjourned the next hearing on Monday, Feb. 20th, during which prosecutors said they will present a third video clip of an interview Bekele gave to OMN, another foreign-based television station with a large viewership constituency among the Oromos in Ethiopia.

Prosecutors have also said they would present a fourth video clip as evidence against two defendants, Abdeta Negassa and Beyene Rudaa. Many of the 22 defendants in the same file are members of the opposition OFC.

Cover Photo: Bekele Gerba shortly after his release in April 2015