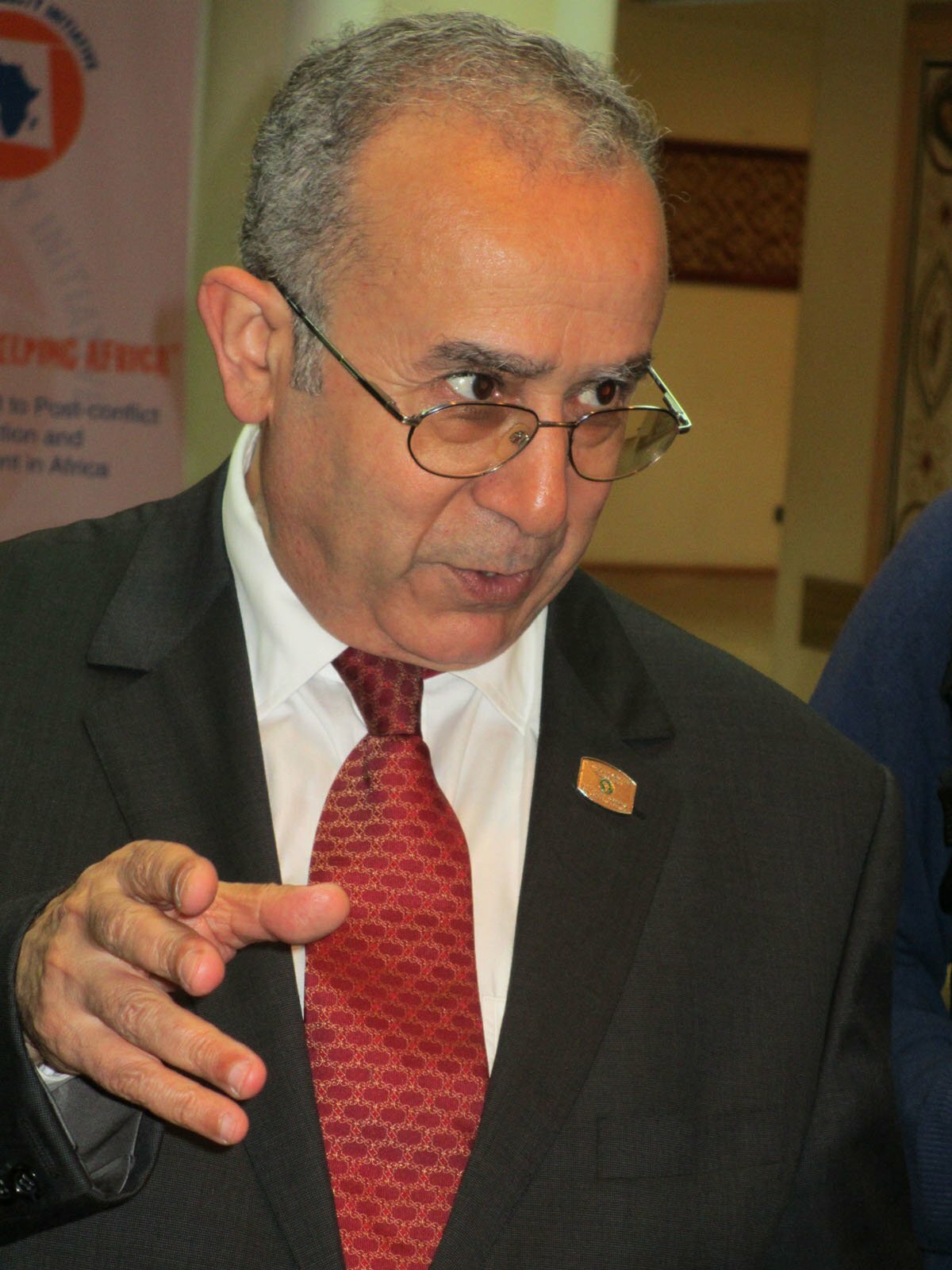 Amidst talks of a rising Africa, peace and security issues remain critical in parts of the continent

Of the several agendas that crowded the 19th Ordinary Session of African head of states and governments, held in July in Addis Ababa, Ethiopia, the issue of continental peace and security stood high, next, of course, that of the election for the new chairperson. AUC’s Peace and Security Department led by its Commissioner Ambassador Ramtane Lamamra of Algeria was seen scrambling to address how the continental body was trying to deal with four active conflict areas in the continent: the ongoing conflict between the two Sudans that is threatening to tear Africa’s youngest state apart; the conflict in the Democratic Republic of Congo with its potential to destabilize African Great Lakes Region; the ever more complicated situation in Mali; and the uncertain political clouds hanging over the skies of Guinea Bissau.

The AU has begun intervening more actively in the domestic affairs of politically wobbly member states ten years ago when it was transformed from the then Organization of African Unity to become the current African Union Commission that it is. At the institutional level, the continental body has established diverse initiatives within its Peace and Security Department (PSD) which is primarily entrusted to provide support to the efforts of the Commission to promote peace, security and stability in the continent.  From institutional point of view the PSD is never short of auxiliary departments. It is comprised of four different divisions working for one goal but each of them dealing with different responsibilities:  the Conflict Management Division, the Peace Support Operations Division, the Peace and Security Council Secretariat, and the Defense and Security Division. Not to mention initiatives such as the Early Warning System.

But one too many unfortunate incidents in the recent past have tasted the effectiveness of this department to protect the continent from its own peace defying sons.

The first of two separate press briefings held to address peace and security challenges facing Africa was held on Saturday July 14th and was hosted by Ambassador Lamamra along with Alassane Ouattara, President of Ivory Coast.

Of the most pressing security challenges was the issue of Mali, which, according to the PSD “calls into question some of the most basic principles of the AU, notably the respect of the national unity and territorial integrity of member states,” Somalia and the two Sudans.

Memories of recent post-election violence that gripped Ouattara’s Ivory Coast and invited the country’s former colonizer France, whose actions loomed larger than the peace efforts laid down by the otherwise powerful regional bloc, the Economic Community of West African States (ECOWAS) are still fresh. The UN estimated “in Abidjan [alone] 103 of the 1,012 slain persons were women and 42 were children.”

AUC stands accused of conducting a shabby political motive and finally mishandling the revolution in Libya that eventually saw one of Africa’s longest serving despots overthrown. It now bears the painful after-Quadafi saga of having done nothing more than shuttle diplomacy while the NATO led global alliance hijacked events to show its unequivocal stance for standing on the side of a history in the making.

Ambassador Lamamra is the man dealing with troubled states

As recent as April 2012, the Italian government had to release a statement calling for attention on the sporadic border conflicts between Ethiopia and Eretria before the AU uttered the first word. Although the government in Ethiopia reacted angrily to the statement from Eritrea’s former colonizer Italy, it didn’t deny the fact that tensions between the two states, which fought a meaningless border war from 1998-2000, hang over. Although the AU claims it now started facilitating direct talks between the two Sudans, the ongoing conflict is slowly but surely involving China as the master peacemaker; Mali seems fast spiraling out of the control of both the AU and the regional bloc ECOWAS; and the UN maintains a stronger presence in the DRC than the AUC.

This magazine asked the panelists at the press conference on July 14th on why the PSD uses less of preventive mechanisms than the too often ineffective interventions. Ambassador Lamamra first praised the progress made by his department (may be rightly – AU forces in Somalia are scoring encouraging results in their fight against the Al-Qaida linked Al-Shabab militiamen), but blamed the situation on lack of resources of both cash and manpower in nature.

However, the PSD is maybe one of the highest paid departments in the entire AU. Several donor countries and regions including the European Union maintain bilateral relations with the AU and pour in millions of dollars every year to support its peace and security activities throughout the continent in various forms.

The formation in 2000 of a joint establishment of the Africa Peace and Security Architecture (APSA) by the AUC in collaboration with the Regional Economic Communities (RECs) has received more than $110 million in grant from the EU since 2004 via the African Peace Facility (APF).

In March 2011, during the annual joint meeting of the Ministers of Finance and Economy of the AUC, the EU announced an additional $85.8 million fund to the African Union Mission in Somalia (AMISOM). This latest increase in funding put EU’s allocation to AMISOM since 2007 to a total of $270 million channeled via the APF.