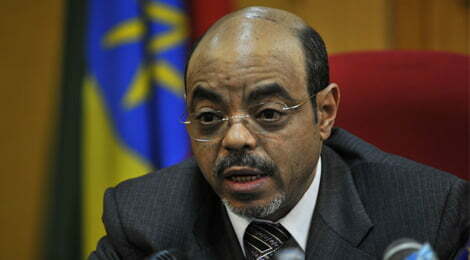 That Prime Minister Meles Zenawi has been taken ill as of recent is unfortunate, but the manner by which it has been officially communicated to the deserving public has many wrong messages written all over it

July 22, 2012 marked one month since this magazine first asked Shimelis Kemal, Ethiopia’s State Minister for the Government Communication Affairs Office, (GCAO), during a media briefing for an update on the Prime Minister Meles Zenawi’s health.

PM Meles was seen a few days earlier looking unusually fragile during the G20 summit held in June in Mexico. It was hard to assume Shimelis’s casual answer then would become the standard by which his office handled ensuing requests from the public for the next three weeks. “The Prime Minister is healthy and is in his office discharging his public duty. There is no need to spread false news based on rumors,” Shmelis said in a calm and unmistakable assurance.  For the moment there were no grounds to doubt him, nor it was necessary; after all, the system unequivocally states that his office remains the only place dedicated to ensure a smooth and presumably credible flow of information.  And, this was not about an alleged rights abuse somewhere distant; this was about the Prime Minister of the country and the commander-in-chief of the army. But as subsequent events dictated, that was not to be, unfortunately.

For any democracy around the world – and a democracy is what the government in Ethiopia calls itself – keeping the health status of a leader whose government is elected to the office by a “99.6%” popular vote secret is simply deplorable. But for Ethiopia, a country of 80 million plus odd, deploring the manner by which the state propaganda machine has dishonored the public’s right to know its leader’s whereabouts and wellbeing is not the ideal way to go about it. Instead a disturbing rumor-mill has become the only means to get any information on the current health condition of PM Meles. And the rumor-mill ranges from his clinical death to his physical death to becoming victim of a terminal brain tumor to a silly stomach twinge.

That PM Meles has been taken ill and is now on a sick leave, as was confirmed on Thursday July 19th by Bereket Simon, Minister at the GCAO, should not be blamed on the state’s propaganda machine. Nor should it come as a big surprise as the PM has been discharging his public duties which, in the words of Bereket Simon, are demanding both “physically and mentally” without due break for the last 20 years. But PM Meles’s sudden absence from his public duty and the manner by which the state communicated the information to the deserving public raises three possible and yet disturbing scenarios.

The first is the state propaganda machine is a complete sham but one that keeps its momentum by providing information to the public if and when the federal government sees it fit. Shimelis Kemal looked he had no intention of misinforming the media when he asserted a month ago that the Prime Minister was perfectly fine and that he was still the person in charge of the government. For the next three weeks there has been zero information coming out of the office until Bereket Simon officially announced that PM Meles has been taken ill but was recovering well. Shamefully, in the backdrop of a complete lack of information from the state’s communications affairs office, the first credible information came out from a foreign dignitary: Senegal’s newly elected President Macky Sall regretted PM Meles’s absence from a NEPAD meeting during the 19th AU head of states and governments summit held in Addis Ababa, Ethiopia, “due to his health condition.” Even then it took Bereket’s office almost another week and plenty more confusion to release what is now the first and, until Addis Standard went to the print on Thursday July 26th, the last official statement from the Ethiopian government.

Fortune and the Amharic Reporter, two leading private newspapers in Ethiopia, have published two contradictory headlines in a span of three days difference; the first claimed PM Meles’s presence in town and the later his continued absence. Both credited their reliable sources for the information. Fortune reported calling both Shimelis Kemal and his colleague Beker Shale for more information. Shimelis told the paper he was not informed about the PM’s return while Beker said it was “not necessary to disclose the whereabouts of the Prime Minister at this time.” And yes your read that correct. 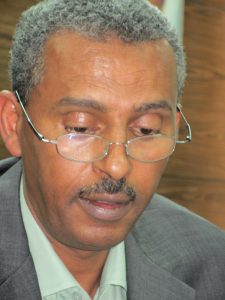 The second scenario is the state propaganda machine itself is the master of the current information blackout. To its credit in the past GCAO had been closely attached both with state and private media and had been providing timely information, albeit its own version, on current affairs that matter most. But that sacred practice was suddenly called off some three years ago following which the relationship between the media and the office had hit a rock-bottom.  Both Bereket and Shmelis said the office has now resumed its tradition of meeting the media once every two weeks. That is good news for everyone. But in this particular case the office can’t be spared from the blame that it may have known about the exact situation of the Prime Minister all along, as it should, but decided to lock the information in its vault, exposing the general public to the most outlandish, unprofessional and confusing guess works by the media and others who made the incident their private playgrounds to manipulate possible scenarios as it fits them. No one should blame them.

However, as tempting as it is to consider this scenario as likely, it comes with a big if; it is hard, if not impossible, to imagine this level of independency from a state institution in countries such as Ethiopia.

The third and the most unsettling scenario, which is also the one that many Ethiopians believe, is the realization that the government considers the very public it claims to have elected it to the office undeserving to know the truth and that its communication affairs office becomes a partner in crime to it. It is unsettling because this scenario raises some serious questions on how the government honors the right to information of its “99.6%” electorate. Many democracies around the world have learned – some the hard way – that keeping an information as vital as this one will slowly but surely leads to a nasty divorce between the powers that be and the public. This one may not be different either. This magazine asserted during Shimelis’s meeting with the media on June 22nd that “the public has the right to know.” Nothing has changed; the public had the right to know then and has the right to know now.

Tedla G. Woldeyohans, an Ethiopian academic residing in the U.S. has said it well when he wrote on his Facebook page “reading credibility of sources in relation to reports about the PM or former-PM (the public is in the dark about the fact) has become an incredibly annoying thing to so many Ethiopians. Ethiopia’s PM has become the first head of state whose story has been reported for many days now as both alive and dead at the same time and as both abroad and in the country at the same time, among other contradictions…it’s very likely that the PM will continue to rule Ethiopia while being both alive and dead and that way Ethiopia will be the first country to have such a head of state.”

We have to agree with Tedla; it can’t get any more annoying than this.