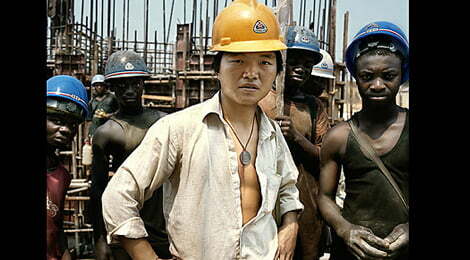 In October 2012, the Institute for Peace and Security Studies (IPSS) held a China-Africa Forum in Bishoftu, 45 kms south of Addis Ababa.  The event was perhaps the first of its kind held in Ethiopia with academics, policy makers and other stakeholders from the two regions participating in a frank and open discussion about the economic, political and social relations between Africa and China.  Most of the discussions focused on the economic relationships between Africa and China.

China’s focus on infrastructure building as a key engine of development is a model emulated by many African countries.  To date, China has invested over $178 billion in Africa while direct investment by African companies in China has reached over $9 billion.   No matter how skewed the trade balance or how small Chinese investment compared to the last 30 years of investment in Africa by the West, China’s investment in Africa is not only much needed, but is welcomed by African governments.  One reason for this is the appeal China’s non-interference policy has on many African governments which guides China’s economic relations with Africa.  As Professor Lututala Mumpasi Bernard, Deputy Executive Secretary at the Council for the Development of Social Science Research in Africa put it, it is “devoid of political conditionality.” However, many African scholars and policy makers are increasingly of the opinion that China’s policy of non-interference is “both deceptive and divisive, and could have the effect of preventing amicable resolution of conflicts” in Africa, according to a research paper by  Amadu Sesay and  Lemuel E. Odeh and entitled   China’s Engagements with Africa: Implications for South-South Cooperation. They blame China’s indiscriminate investments in good and bad governments alike, with its particular affinity for corrupt and dictatorial governments, for undermining peace and security in the region such as seen in North and South Sudan and the Democratic Republic of Congo.

Non-interference policy has been serving China well since 1954.  The policy derives from the Five Principles of Peaceful Coexistence: mutual respect for sovereignty and territorial integrity, mutual non-aggression, non-interference in each other’s internal affairs, equality and mutual benefit, and peaceful coexistence.  The policy was designed to reach out to non-communist countries in Asia as well as reflect solidarity with newly independent post-colonial states in Africa, with an emphasis on territorial sovereignty defined in the most rigid and traditional Westphalian terms.  Although non-interference applies to military interventions and regime change, the principle has been China’s modus-operandi in its investment and economic interactions with Africa and the rest of the world.

It is worth remembering that the policy was embraced by many African nations as it came to represent, particularly from the early 1990s onward, an alternative to the American conception of a new kind of world order — one in which smaller and “third-world” countries found it increasingly difficult to manage their own political and economic affairs.

That said China’s policy application has been tailored to suit its interest at various times, beginning in its earliest days of implementation, circa 1960s and 70s when China supported revolutionary movements in Africa and Asia.  Even today, at the U.N. Security Council, China often abstains or refrains from voting on resolutions that mandate sanctions or interventions to reverse invasions, end civil wars, or stop terrorism, instead of voting “no” and vetoing such interventions.  This allows several interventions to go ahead without China having to reverse its commitment to non-intervention.

China has invested close to $30 billion dollars in the oil rich Sudan and served as Sudan’s primary trading partner when the rest of the world shunned it for the atrocities it committed in Darfur.  Furthermore, from 1999 to 2005, a period that includes the start of the Darfur crisis, Sudan’s imports of small arms increased by 680%, to $55 million worth, with China making up 90% of those sales.  Various reports indicate China has also invested over $4 billion in the Democratic Republic of Congo dating back to 2001, the height of the conflict.

Opponents of the view that China is a spoiler of peace, on the other hand, insist that non-interference does not equal indifference.  They argue that African peace and security is, first and foremost, the responsibility of Africans.  They also point out Chinese contribution to UN peacekeeping missions in Africa, both military and civilian personnel.  Further, China’s economic support of African nations is designed to eradicate conflict by addressing the root cause of conflict: poverty.  According to Professor Hongsheng Sheng of the Law School of Zhejiang Sci-Tech University, “Peace should parallel development and the key method to eliminating war is to eliminate the causes from which wars arise.”

Non-interference policy has allowed China to “stay silent” in times of crises in Africa, or wait until other nations interfere. Bernardo Mariani, a prominent conflict and security analyst, accuses China of “reaping the benefits of peace and security underwritten” by its co-members at the United Nations Security Council. No doubt non-interference was a workable model when China’s economic interaction with the world in general and Africa in particularly was at a minimal. With China’s status as a global power, however, many argue that non-interference is not a policy befitting a global power with growing international responsibilities and obligations.  Simply put, with great power comes great responsibility.

Exactly what type of “interference” revisionists of non-interference policy are advocating varies widely.  One thing is clear: no one is calling for the kinds of interference the likes of which Africa experienced and continues to experience from the West which drove African governments towards China in the first place.  That is not a desirable alternative neither for good or bad governments in Africa.  Revision of non-interference should mean a balanced act of investment and conflict sensitivity by the Chinese and a more robust engagement of African nations with China beyond a purely economic sphere.  For starters, African governments may be served well by viewing China less as a panacea for all the ills of their respective countries. African governments bear the bulk of the responsibility in defining their relations with China.  They also bear the primary responsibility in strengthening their domestic as well as regional institutions of peace and security.  They have the responsibility to invest in critical areas of human development such as education, health and job creation as well as combating corruption and crime.  Africans need to insist that China supports the national, regional (Regional Economic Communities or RECs) and continental institutions for peace and security which lack funding and technical support.  To this end, African governments need to move from competition among themselves for Chinese investment and work together to identify areas of critical technical and financial support for a continental peace dividend.

China, for its part, should make a concerted effort in abiding by the principles of “Do No Harm” and ensuring their investments are not fueling conflict and undermining peace and security in the continent.  China lacks the expertise in African peace building, an area which needs to be part and parcel of its investment policy in Africa.

That said, there are signs that Beijing is pushing the boundaries of its non-interference policy further into a sphere beyond the purely economic interaction with African nations and perhaps into contributing positively to peace and security in the continent.  The anti-piracy mission of the Chinese navy off the coast of Somalia and the announcement by Beijing of the launch of the “Initiative on China-Africa Cooperative Partnership for Peace and Security” are good starts.