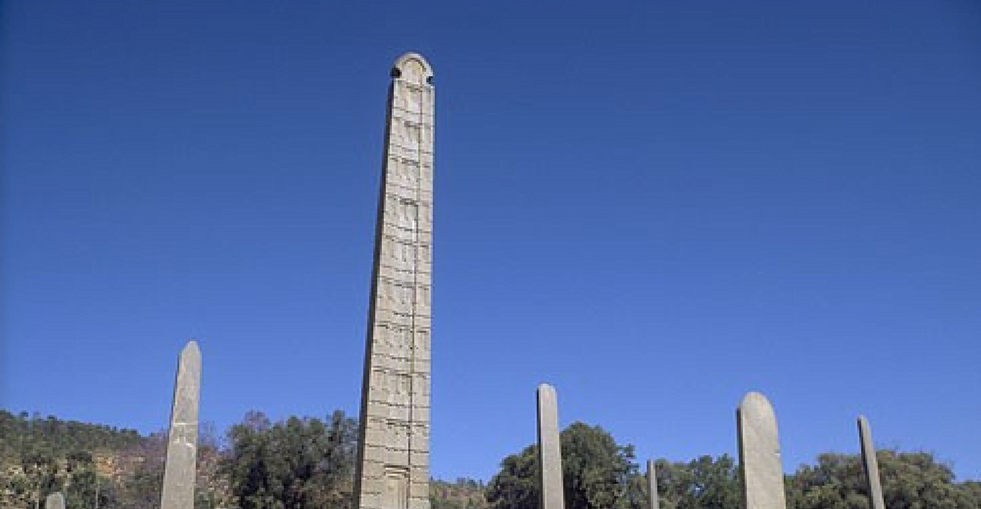 Indeed, my argument here is not original. Messay Kebede makes a compelling case for the deconstruction of Eurocentric views on Ethiopia and on the possibilities of advancing Ethiopian studies within the contours of its own epistemology, methodology, and phenomenology. My aim here is to bring a historiography of Ethiopian studies to the attention of Hewan and her critics (see Here, Here, Here, and Here) and consequently posit why Ethiopian studies need de-racialization.

Precisely because Ethiopia has a unique history and civilization in Africa, she defied the widely assumed view that Africa is “a land of childhood” [sic] devoid of history. In world history, it was held that only the West was a site for human progress while Africa was destined to be stationary. Indeed, history was thought unpalatable to the African universe. Only geography and anthropology can be applicable to the comprehension of Africa and Africans. In this Eurocentric view of the world, the existence of Ethiopia in Africa created a contradiction.

The Ethiopian contradiction ushered in the proliferation of a racist historiography, known to students of Africa as the Hamitic hypothesis, in Ethiopian studies beginning from the 17th century. The chief claim of the Hamitic hypothesis is ‘that everything of value ever found in Africa was brought there by the Hamites, allegedly a branch of the Caucasian race.’ In addition to rectifying a methodological error in the production of world history, the Hamitic hypothesis reaffirms the racist assumption that black people are incapable to produce history, build great architectural monuments such as Axum and Lalibela, follow Christian religion, own non-European written script, issue and use currency. More importantly, it reaffirms the belief that black people are unable to form a state within which history is possible even in the Hegelian sense.

The Hamitic hypothesis forms one genre of Ethiopian historiography. In his study of Ethiopian history, Teshale Tibebu develops three paradigms. The first one is the Axumite paradigm presented and defended by the Ethiopian state (until 1974) and the Ethiopian Orthodox Church. The second is the oriental-semanticist paradigm presented by Europeans; and the third is the radical Ethiopian left. The radical left historiography is the offspring of the oriental-semanticist paradigm that takes the ‘modern Ethiopia’ (to be precise Menelik’s Ethiopia) as a starting point for historical analysis.

The oriental-semanticist paradigm situates the origin and authors of the Axumite civilization in southern Arabia. This paradigm holds that at the root of the Ethiopian state and history is an Arab immigrant that civilized over and subjugated the indigenous black. Because of marriage and assimilation, the story goes; the immigrant was darkened while the indigenous was whiten. Hence, the “Abyssinian, i.e. the Ethiopian proper” was born.  As a result, it was held that Ethiopians, ‘Abyssinians,’ look different from other Africans. In this regard, Edward Ullendrof  observed that generally speaking, the predominant Ethiopian type reveals fairly close anthropometric affinities to that commonly found among the Arabs of South Arabia, i.e. medium stature, long face, a fairly straight and thin nose- all characteristics not encountered among the neighboring African peoples. The hair is curly or frizzy, lips are thinner and very much less protruding than is otherwise the case in Africa. The color of the skin varies a good deal, but is generally rather light, somewhere between olive and light brown.

Indeed, the light-dark skin perception and the north-south dynamics at home builds on the acceptance of the oriental-semantic paradigm. Further, the claim for indignity, on the one hand, and the radical left historiography, on the other, are yet other manifestations of the Hamitic hypothesis among Ethiopians.

The Axumite paradigm, which positions Ethiopia and its history within the agency of its people and institutions such as the Orthodox Church, is dubbed as “debtera historiography” and a myth by some Ethiopians. Seen in this trajectory of racist historiography and its uncritical acceptance, or acceptance for parochial or other purposes, by Ethiopians looms large than the simple domination of non-Ethiopians in Ethiopian studies. Hence, the identity of the person who does Ethiopian studies becomes almost insignificant so long as she adheres to the Hamitic hypothesis.

I am not suggesting here that the Axumite paradigm is more accurate or correct than the orientalist-semanticist view nor am I saying that the former is inclusive. What I am saying is the oriental-semanticist historiography has a racist view at its core. Because it has race in its analysis or assumption, this should be deracialized. Further, the Axumite paradigm should be critically examined, explored, and challenged not only from predominantly Amharic or Ge’ez sources or experiences, but also from other Ethiopian languages and experiences. When race is displaced from Ethiopian studies, it may open new possibilities for a new understanding that transcends ethnic, religious, and language differences. Thus, in view of Ethiopian historiography, deracializing Ethiopian studies becomes necessary and palatable than decolonizing it. AS

Ed’s Note: Berihun Adugna Gebeye is a PhD Candidate at Central European University, he can be reached at brhngeb@gmail.com